Estonia concluded the ending of the EU funding period with a conference and a gala-event
Photo: Marek Metslaid 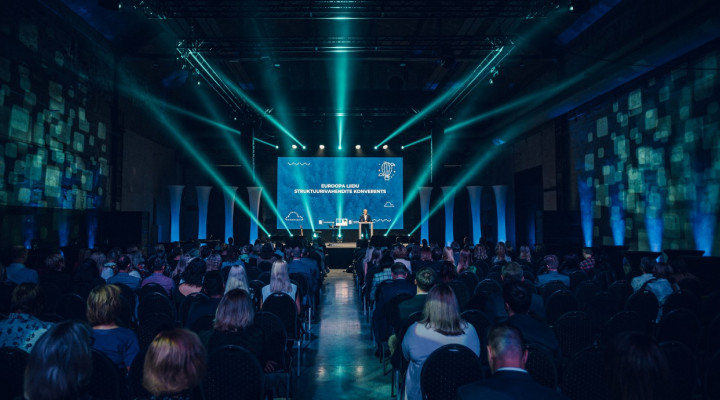 Download
The State Shared Service Centre, which acts as the managing authority for structural funds in Estonia, along with the Ministry of Finance, as the representative of a member state, organised a European Union Structural Funds Conference, to review the success stories and lessons learned during the concluding period and establish the goals for the upcoming 2021-2027 period. The gala-event following the conference thanked all those who have worked in the system and contributed to the implementation of the Structural Funds. The most outstanding colleagues of the past period were also recognised.

The conference was attended by several hundred people from the Ministry of Finance, the Managing Authority, implementing agencies and units, representatives from the State Office and the European Commission.

During the opening session of the conference, the employees of the Structural Funds Administration were greeted by the Minister of Finance and the Minister of Public Administration, who summarised the challenges of the upcoming period and discussed the priorities for Estonia during the next budgetary period.
The rest of conference programme was comprised of two sections. During the first section, two keynote speakers made presentations.

Sven Kirsipuu, an Undersecretary of the Ministry of Finance, skillfully and intriguingly connected the context of guitar playing and music to the European Union circuit, i.e., its institutions, functions and participants. The second presentation was made by Martin Karro, head of the Managing Authority, who observed that we are all characterised by a passion for our work and a constant desire to do things smarter, more efficiently and better. Estonia spends 2.52 cents on technical assistance for every euro allocated, which indicates that we are operating very effectively. Our passion and commitment are also reflected in the fact that the error rate for implemented projects in Estonia is 0.75% and our customer recommendation index is 44 which, according to NPS methodology, is considered to be a very good result. 96% of the European funds allocated to Estonia for the 2014-2021 period has been assigned to projects, and 68% of the planned amounts have been disbursed. In the future, the focus needs to be on more customer-centred and faster implementation, so that the proposed new support funds will be more smoothly implemented. 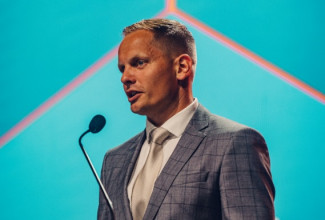 The second half of the conference was comprised of two panel discussions led by Urmas Vaino, a renowned and popular Estonian talk show host. The representatives of sectors that have received significant support in recent periods, i.e., the head of the grant center at Estonia’s the largest university, the director of the regional public transport centre, a representative of the Estonian welfare network, the director of the Chamber of Industry and Commerce that unites entrepreneurs, and the manager of support implementation from the managing authority. The common position of the beneficiaries was that many things have been done well, and that Estonia does not need to make significant changes. The fact that the processes have become much faster and easier in the last few years was praised. Participants hoped that in the future the regulations and interpretations would remain unchanged and the rules would be clear.

The second panel discussion looked to the future and included the Undersecretary of the Ministry of Finance, the Director of the Strategy Office of the State Office, a well-known climate and energy activist in Estonia, a representative of the European Commission and the head of the Estonian Foresight Centre. Possible future scenarios for the Estonian and European population, employment, economy, etc. were discussed as was how to best use EU subsidies for the benefit of the Estonian people. The general desire for fewer priorities is understandable, but how does one differentiate between the importance of the environment and health?

The mood of the conference day was lightened up with entertaining interludes: a trivia quiz about the European Union (is it true or not that quoting poetry while skiing downhill is forbidden in Switzerland?); a scientific theater, where a strategy was suggested for Estonia for how to abandon oil shale energy (nitrogen!); and a magician who provided the audience with magical tips for drawing up the European Union budget.

In the evening, a gala took place, where the most outstanding colleagues were awarded special titles, such as the bureaucracy smasher, the memory of the implementation system, the raiser of contentious subjects, the star speaker, the people's favorite, the most helpful, the super negotiator, and the creator of team spirit. All the administration workers were able to nominate their colleagues during the weeks leading up to the conference, and the winners were the ones who were nominated the most times.